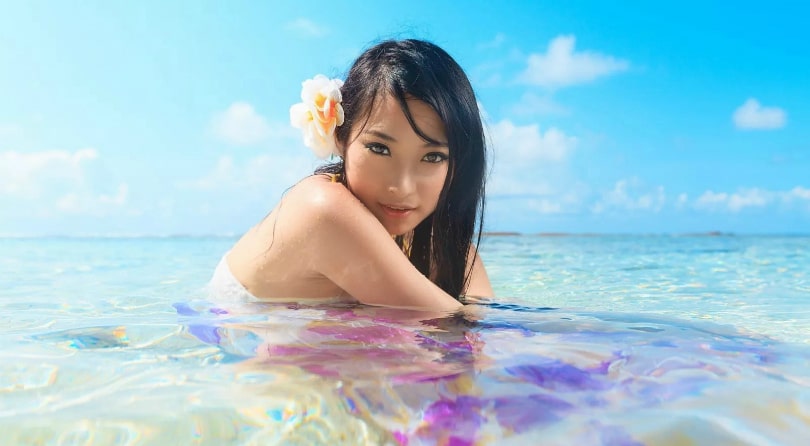 In the Extreme option, in addition to the whole program of Three miracle island included: a jet ski and a walk under water in the Sea Walker spacesuit.

Three Miracle Island - one of the many boat trips in Pattaya, which has its own characteristics.

Firstly - not expensive, and secondly there is a parachute and banana. The rest is similar to other such entertainment.
In the morning will be picked up from the hotel, will be transferred to the pier, close to Walking Street.

You go to a three-deck ship and go to the nearest island of Koh Larn. On the way we will make a stop on the barge, with which the flight by parachute. Before flying, Thai guys will ask you how you want to fly with or without a dive. If you answer yes, at the end of the flight, you will be dipped into the sea. The action itself lasts about three minutes.

After that, we will land on Koh Sak island. The beach on the island is big and clean. Local staff constantly scavenge. There will be a water banana ride. Several people sit on the sea banana and begin racing on the waves. At the end of the walk, to the general pleasure, on a sharp turn, you will be thrown into the sea.

We go on board the ship, go to another small island of Koh Kok. Here we anchor. Who wants to, can swim from the ship, sunbathe, drink rum or fishing. All the gear and bait for fishing on board are available. By the way, near the island a good snorkeling. In any case, you will be given a mask for snorkeling.

After all the sea activities, we start dinner.

Swimming in the sea & Foam party

After a good lunch, we go to the last point - Koh Larn Island. There we also have fun jumping from the ship into the water, swimming and having fun. Throughout the trip on the ship you will be entertained by several guides. One Russian, another Arabic, third English.

At the end of a fun journey, foamy disco on the ship. Then pier. Here you are waiting for buses that will take you to Pattaya hotels.